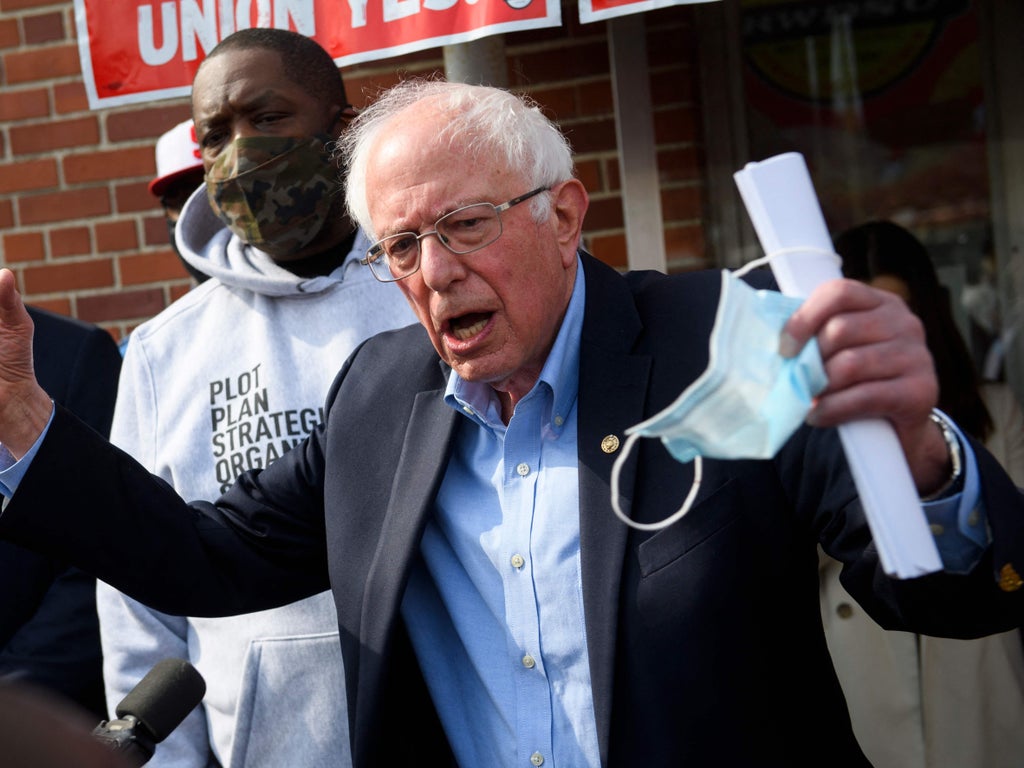 SenateDemocrats are reportedly considering moving on a $6 trillion budget reconciliation proposal meant to expand Medicare and lower the costs of prescription drugs, according to Senate Budget Committee Chairman Bernie Sanders.

When asked if Democrats were considering reconciliation – a process that would avoid having to persuade any Republicans to back the measure – in order to force the changes, Mr Sanders said “yeah, absolutely.”

Mr Sanders explained his reasoning to reporters during a press briefing.

“The president has given us a framework, I think it’s a comprehensive and serious framework. It is the function of the Congress now to take that framework and go with it,” Mr Sanders said. “I think it is absolutely imperative that we deal with the existential threat of climate change, that we lower the cost of prescription drugs, that we make sure elderly people can chew their food because we expand Medicare to dental care, hearing aids and eyeglasses.”

Mr Sanders also said the reconciliation package would address issues of housing inequality, which he dubbed the “housing crisis.”

“I think it’s unacceptable that we have a half a million people sleeping out in the streets in America because we have a major housing crisis. What the president has said is we ought to take a comprehensive look at the crises facing this country and that’s what we’re going to do,” he said.

The reconciliation package is also meant to include a component that addresses immigration reform as well as expanding Medicare and lowering the cost of drug prices.

Regarding immigration reform, Mr Sanders said that it’s something that has been talked about for a “very long time” and that members of the budget committee were working with the White House on proposals.

Reporters pressed Mr Sanders on the $6 trillion number, asking how the budget committee landed at the price.

He told reporters not to “overthink it,” but the question appears as though it will be a sticking point for centrist Democrats.

Senator Jon Tester, a Democrat, told Bloomberg that he would not support the $6 trillion proposal, saying “nothing personal, but no.”

“The key is, this is like the defence budget, it’s not how much, it’s how it’s utilised that’s important,” he said.

Senator Joe Manchin – a constant thorn in the side for his fellow Democrats hoping to pass legislation in the face of a Republican party committed to obstructing proposals presented by the Biden administration – offered a predictable lack of support for the robust social spending proposal.

“We have to be conscious of the debt,” he said, complaining that potentially adding $3 trillion to the national debt was “a lot.”

He did note that he wanted to hear the proposal first before he came to any conclusions about the bill.