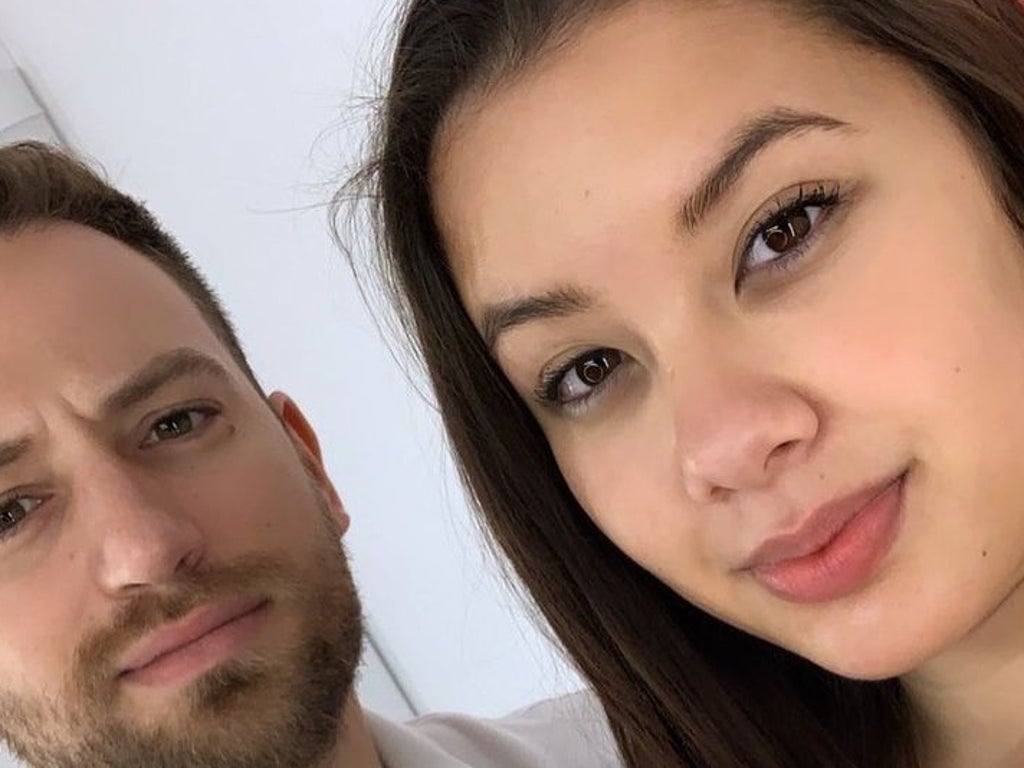 The husband of Caroline Crouch, a 20-year-old Greek-British woman, has confessed to killing her at their home in the Athens suburb of Glyka Nera last month.

Babis Anagnostopoulos, 33, admitted to strangling his wife during an argument while their baby daughter, who was not harmed in the incident, was only a few metres away, Greek media reported on Thursday.

The helicopter pilot initially told detectives his wife was murdered by thieves who broke into their home in the early hours of 11 May and tied them up.

Anagnostopoulos’ confession followed a six-hour interrogation, carried out by Hellenic Police, after local media reported new evidence had come to light which meant officers had summoned him for further questioning.

In a statement, detectives said: “The perpetrator is [Ms Crouch’s] 33-year-old husband, who confessed to his act.”

The admission of guilt ends a month-long investigation into circumstances which had left police baffled, due to the lack of evidence found at the scene.

Anagnostopoulos had told police he was tied up by three robbers, while a fourth stood guard, who put a gun to his child’s head, strangled his wife, and then got away with £10,000 in cash.

But fresh analysis of smartwatch data and text messages between the married couple is said to have left considerable holes in his story, prompting officers to seek to re-interview him.

Announcing the interview on Thursday, police told the Greek TV network Ant1: “The husband of the victim in Glyka Nera is at the homicide department in order to be examined as the only eye witness following new data that has emerged from the inquiry.”

Apostolos Skrekas, a Hellenic Police spokesman, refused to elaborate whether Anagnostopoulos had acted on his own or hired accomplices when probed by local reporters.

Police from Athens collected Anagnostopoulos by helicopter on Thursday from a nearby island. He had been attending a memorial service for his wife on the Aegean island of Alonissos, where she grew up, but was taken by boat to Skiathos where he was then flown back to the Greek capital for questioning.

Minutes before officers arrived, the suspect was photographed hugging Ms Crouch’s mother, Susan Dela Cuesta, outside the chapel where mourners laid flowers at her grave.

Police said Anagnostopoulos was informed he would be called in on that day and had agreed with him that he should attend the memorial beforehand.

“We waited for the memorial service to end and then [Anagnostopoulos] was transferred to GADA [Police HQ],” a police official told Ant1.

Ms Crouch, a statistics student at the University of Piraeus, moved to the island of Alonissos when she was eight. She met her future husband there and the pair were married in July 2019 in Portugal.

They welcomed their daughter in June last year.

Last month, Anagnostopoulos posted a tribute to his deceased wife on his personal Instagram page. Alongside an image of the couple on their wedding day, he wrote: “Together forever. Have a nice trip my love.”